Acupuncture’s use for certain conditions has been endorsed by the United States National Institutes of Health, the National Health Service of the United Kingdom, the World Health Organization, and the National Center for Complementary and Alternative Medicine. Some scientists have criticized these endorsements as being unduly credulous and not including objections to or criticisms of the research used to support acupuncture’s effectiveness. There is general agreement that acupuncture is relatively safe when administered by qualified practitioners using sterile needles and carries a very low risk of serious adverse effects.

We are located at:

Most patients experience a deep level of relaxation during an acupuncture session that is hard to find anywhere else.

Once the acupuncture needles are inserted in body the rest and repair part of the nervous system kicks in to provide a much needed sense of peace.

Acupuncture and Healing Arts uses disposable needles that are used once and then placed in a sharps container.

We are often asked if acupuncture hurts. Acupuncture at most feels like a mosquito bite and is nothing compared to the shots one might receive at the doctor’s office. 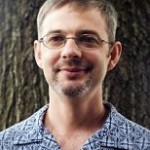 Chuck Sullivan, L.Ac. has been in private practice since 2003. His practice focuses on treating neck and back pain as well as headaches.  He went to acupuncture school after completing a tour with the United State Air Force. While in the USAF Chuck Sullivan started receiving acupuncture treatment for a condition that he could not get any relief from on the base.  After receiving a session in 1998 his wife encouraged him to go to back to school to learn Traditional Chinese Medicine.  His first school was the Oregon College of Oriental Medicine. Due to family issues he moved back to California to finish at the Santa Barbara College of Oriental Medicine. Upon graduation in 2003 he moved to Springfield, Missouri to start his practice.  In the summer of 2005 he moved to Memphis and took a position at Acupuncture and Healing Arts Medical Group.  As of July 2013 Chuck Sullivan bought the practice and proudly serves the Memphis community.

By creating balance in your body, your life changes direction. 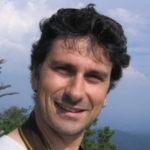 I started practicing Chinese medicine in Memphis in 2009. I have given talks on chronic pain management at the UT Family Health and Psychiatry Symposium (2011) and at Methodist University Hospital (2012). Since 2010 I have taught Eastern Approaches to Healthcare to each graduating class at the Massage Institute of Memphis. Since 2012 I have been a Professional Advisory Committee Member for them as well.

My major experience is in acupuncture for internal medicine, orthopedics, pain management, and mental-emotional disorders, as well as classical Chinese herbology and Asian therapeutic bodywork.

From 2007-2009, I worked with the Fertile Soul, under Dr. Randine Lewis, helping couples with fertility challenges.

I know that true health is so much more than the lack of disease, it is allowing the full potential of your body, mind, and spirit to shine and radiate through your entire being. Chinese medicine is the perfect vehicle for aiding this process as its ability to diagnose underlying patterns of imbalance before they manifest in symptoms allows real preventative medicine to take place.